Often referred to as Houston's “second downtown,” the Galleria area  has many of the advantages of a downtown neighborhood but with a different atmostphere. Also known as “Uptown,” this area is among the city's most vibrant and energetic neighborhoods, including much of the western edge of Loop 610, a major freeway that encircles the city's core. Galleria Area residents enjoy easy access to a wide range of activities and a diverse array of venues.  Here are several reasons our clients like the Galleria area:

Newer Highrises and Midrises
Over the past two decades, the Uptown/Galleria Area has evolved from just a  commercial area to a residential area as well. Numerous townhome and condominium development have sprouted up to take advantage of the convenient location. Many mid-rise condominium communities sit within easy walking distance of many of the area's attractions. Built in 2003, the trendy Lofts on Post Oak condominiums, also offer breathtaking views of the local parks during the day, as well as the spectacle of the downtown Houston skyline at night.

Easy Drives and Short Walks
Houstonians understand the importance of easy access to the city's major freeways. The Galleria Area serves as a major transportation hub, allowing residents to cut their daily commute times by a significant margin. The neighborhood provides residents with connections to Loop 610, Interstate 10, and U.S. Highways 59 and 290, all of which act as major traffic arteries. The Mark highrise is a few blocks away from the highway and from shopping

Shopping
Since its opening in 1970, the Galleria Mall has served as one of Houston's primary shopping destinations. The indoor mall houses more than 400 retail outlets, including clothing stores from Abercrombie to Zara. You can practically roll out of bed into the Galleria if you live at the Oxford condominiums across the street. Shopping in the Galleria Area extends beyond the mall itself with the addition of the River Oaks District just across Loop 610.

Casual Meals or Dress Up Dining
From casual meals to high-end fine dining, Uptown Houston has it all. Houston has more than 10,000 restaurants, and many of them are found in and around the Galleria Area. Inside the mall itself, the fare ranges from food court staples to fine dining at the Oceanaire Seafood Room. Steakhouses like The Capital Grille and Del Friscos serve up the top cuts of prime Texas beef, while Ciao Bella and Tony's create some of the finest Italian dishes in the city.

Movie Theaters and Music
In this neighborhood, the fun doesn't stop when the stores close. Many entertainment venues help keep the party going. The iPic Theaters provide a luxurious movie-going experience, with leather recliners and table service during the film. The Concert Pub and the Firehouse Saloon host live music from both original acts and tribute bands.

Enjoy the Outdoors
For those who would rather enjoy Houston's mild weather, the Galleria Area also hosts many outdoor attractions and activities. The Hines Waterwall near the Galleria is a fountain on steroids.  Next to the  Manhattan highrise and the Empire midrise condo building is a set of small man-made lakes, inserting a little nature in the city.

A short drive north on Loop 610 takes residents to Memorial Park, one of the city's leading destinations for hiking, biking, and other outdoor sports.

This neighborhood is a busy place, so it won't appeal as much to someone looking for a quieter area.  But if you want to be next to the action, you'll definately want to consider condos in Uptown Houston.

Though not guaranteed, information and statistics in this article have been acquired from sources believed to be reliable. Located in Uptown, the district is synonymous with world-class hotels, shops, restaurants and entertainment venues that make up the area landscape. Galleria condos – which range from high rise penthouses to luxury lofts – are popular residential choices in Houston because of walkability, freeway ...

Lofts on Post Oak offer a cool lifestyle in one of the hottest areas of Houston. On the home front, design touches as well as balconies and expansive windows with amazing Houston views. Community amenities include a fitness center and trainer, six resort pools and a 20 seat media room along with valet and concierge services, an internet cafe and more.

Located in the popular Uptown area, Lofts on Post Oak are surrounded by a broad mix of restaurants, shops and entertainment venues, ... THE MARK Condos For Sale!

When you visit The Mark, this stately 30 floor high rise is sure to leave its mark on your senses. More than 300 condos, which include six penthouses, reflect a myriad of opulent designs and finishes - from soaring ceilings and expansive windows with stunning views to gourmet kitchens, relaxing garden tubs and so much more. Community amenities are every bit as alluring. In addition to around-the-clock concierge and valet service, you will have access to a state-of-the-art fitness center, ... 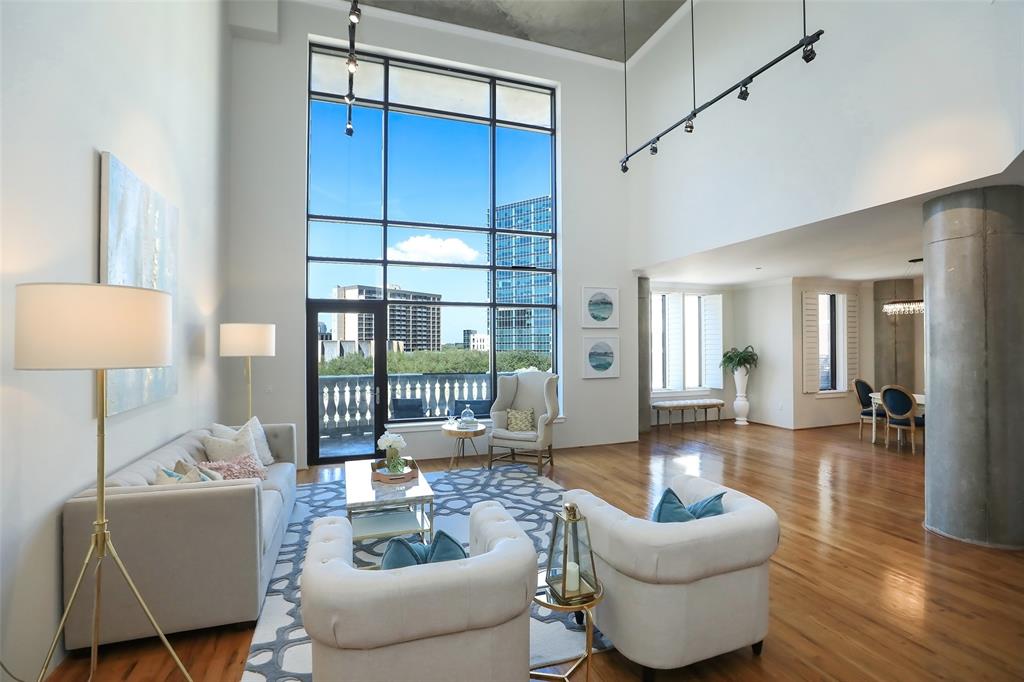 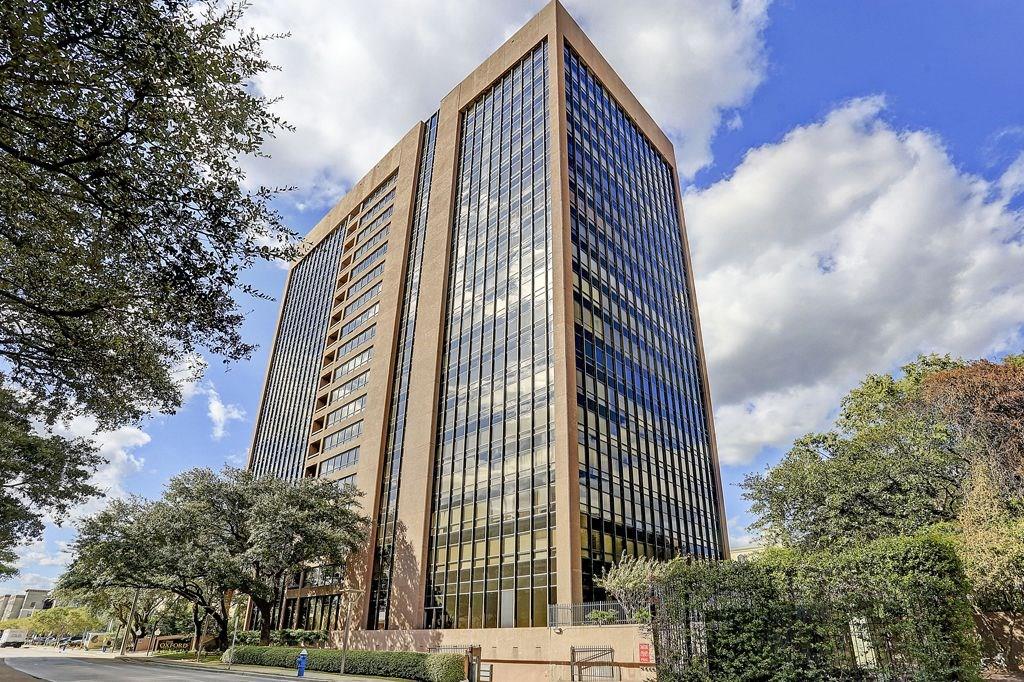 THE OXFORD Condos For Sale!

The Oxford is your ticket to affordable high rise living with all of the amenities and in one of most sought after areas in Houston. Built in 1981, this 20-story, recently updated building contains 104 condos with one or two bedroom floor plans and plenty of upscale features. You'll find private balconies, granite kitchen countertops, walk-in closets and window walls with million dollar views of the Galleria and skyline. Amenities include gated security, 24-hour concierge and underground ...

Whether you prefer a SOHO type loft or a spacious multi-level brownstone, the French Beaux Arts midrise called Manhattan - built in 2002 - contains both. Sixty three condos come in 22 different floor plans varying in size from 1,334 to a sprawling 4,224 square feet. In addition to private terraces and stunning Houston views, residences offer a myriad of elegant finishes and awe-inspiring upgrades. Amenities run the gamut from gated entry and 24-hour concierge to a pool, wine room and ...

The 77056 zipcode in Houston covers the Uptown area, and has more condos than just about every area in Houston. You'll find highrises that have been around for a while, like the St. James, and newer mid and highrise condo buildings, like the trendy Lofts on Post Oak.

Also known as the Galleria area, Uptown is home to a mall that is a favorite of fashionistas, with over 700 stores. Getting around Houston ...

Information Deemed Reliable But Not Guaranteed. The information being provided is for consumer's personal, non- commercial use and may not be used for any purpose other than to identify prospective properties consumers may be interested in purchasing. This information, including square footage, while not guaranteed, has been acquired from sources believed to be reliable.